Tour of the lake from Como to Menaggio, flight over the Lecco side of the lake and return to Como helipad.

Admire the landscape that enchanted artists over the centuries

Price from 1 to 6 passengers 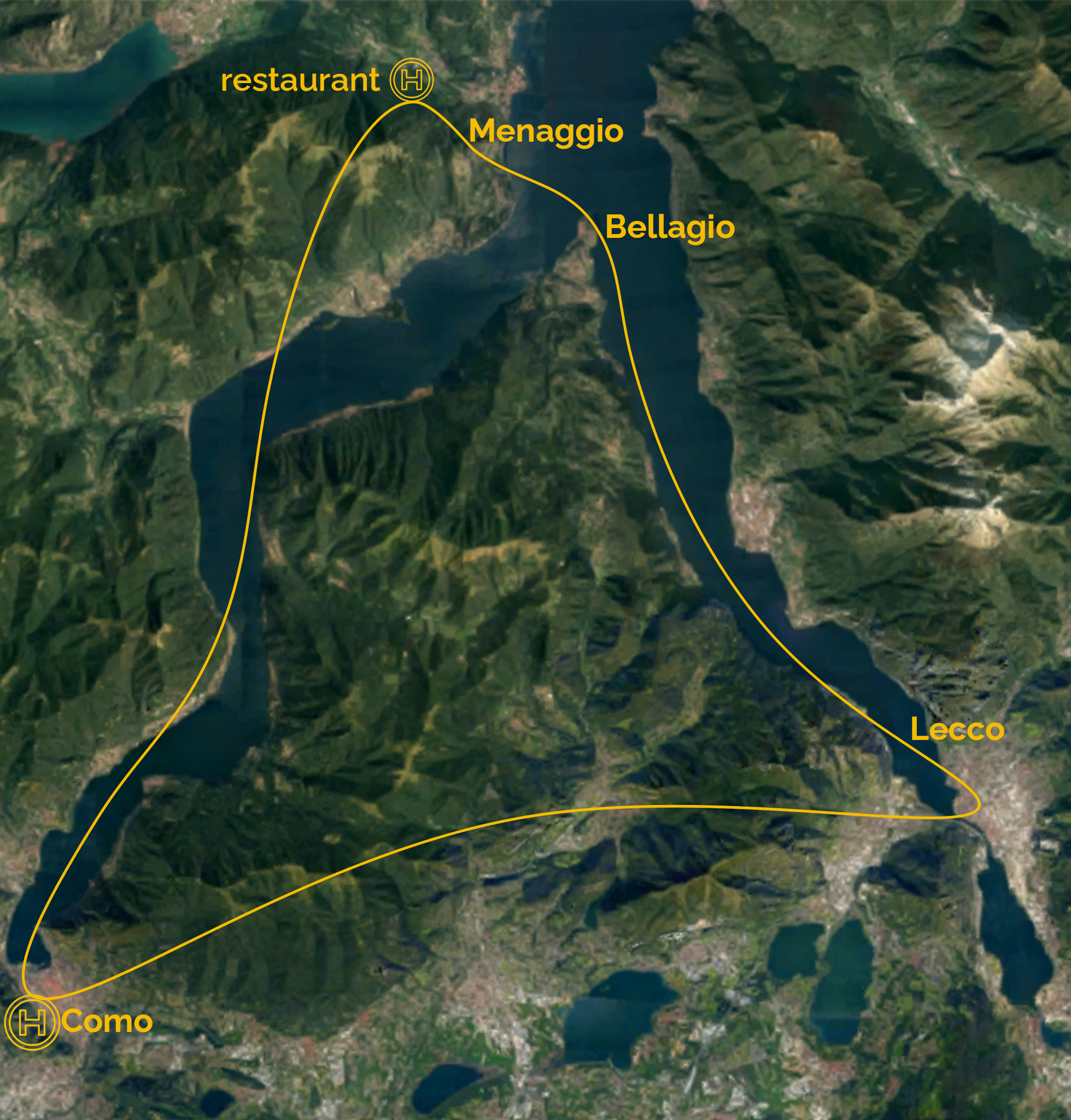 Tour of the lake from Como to Menaggio, flight over the Lecco side of the lake and return to Como helipad.
Our flight starts with an overfly over the Lake Como, also called Lario, where the landscape seems to have been painted by a romantic painter: mountains sliding into the lake, now soft and now restless. Woods, small beaches of white pebbles or soft grass, promontories bathed by placid waters.
Stone villages that are postcards from the Middle Ages. Grand Hotel and fairytale villas, with manicured gardens and aristocratic atmospheres from the Belle Epoque. It is the enchantment of Lario, a lake that has inspired artists and poets of all ages.
The lake, one of the most important in Lombardy, with its characteristic inverted Y shape, winds its way into three branches: Como to the southwest, Lecco to the southeast and Colico to the north.
From its banks you can enjoy multiple and fascinating views: suggestive villages, splendid villas and lush gardens await visitors in search of relaxation and culture in contact with nature.
You will admire the “Volta lighthouse”, a monument that, as the name suggests, a tribute from the city of Como to its most famous fellow citizen Alessandro Vota, inventor of the electric battery. With its 29 meters high, it dominates the Lake Como.
Lake Como is world famous also for its luxurious villas and wonderful gardens: you will see from the sky Villa D’Este.
Villa d’Este is one of the symbols of the Italian Renaissance, an architectural and scenographic jewel of Tivoli declared a World Heritage Site by UNESCO.
Originally Villa d’Este was a convent for women, then in 1815 it was taken over by Caroline of Brunswick, Princess of Wales and wife of King George IV of England. She was the one who called the property Nuova Villa d’Este, in homage to Carolina’s alleged Estense origin.
Today Villa d’Este is a prestigious hotel, classified as 5-star luxury, with one of the most beautiful gardens in Italy. In its halls you can admire fascinating works of art including some from the French school, others from the Canova school and decorations by Andrea Appiani. In the park, the Nymphaeum of Pellegrino Pellegrini, the Fountain of Hercules, the Temple of Telemachus.
*Optional: stop in Menaggio to lunch at restaurant Crotto Buba. Availability of the restaurant needs to be checked at the time of the reservation. Lunch is not included in the price.

Please note: Your card wont be charge untill our team will contact you to confirm the service and timing. If the flight will be confirmed, we will need to know about the flight time, the total weigh combined. Before the flight, the captain will welcome you on board of the helicopter, and he will explain all the necessary procedures for the tour.

Only logged in customers who have purchased this product may leave a review.